Gov 2.0? What to Do About Aaron Swartz & the Officials You Don’t Get to Vote On

I never met Aaron nor do I use Reddit. Once in a while I ran into JSTOR online – the database he is accused of hacking - and I do appreciate his involvement in RSS. In other words, I am an indirect beneficiary of the people like him who shaped the Internet. I am part of the Internet “crowd.”

To us this story matters – but much more profoundly than your average politician understands. I say this because politicians want to amend the law they used to go after him - a felony with a 35 year sentence for a relatively harmless computer crime. That’s a good start but not what this is about.

Aaron ran afoul of the one group where the crowd couldn’t matter less - political appointees. The US Attorney General had every legal right in the world to go after him. There are always more pressing issues but if you want to make a name in a tech town like Boston you go after a highly visible tech crime. They had a specific law on their side but with their unchecked discretion they can always find some law and unless you a rich and powerful you’re in trouble.

Homeland Security might call this asymmetrical warfare. The Feds have unlimited resources and you have your piggy bank.

This is the gray area of politics where the real work is done. The feedback loop of the Internet has yet to penetrate this world. Both Democrats and Republicans use this and it is really part of the PermaGov – a combination of unreachable Civil Servants and government appointees that do the real work of government outside the easy reach of the voting public.

This is why bankers responsible for the housing crash never wind up in jail. Yet, I sat in a jury where 4 Federal agents and a prominent Federal judge put a street corner hustler away for conning $18,000 out of the mortgage system. The bank that made millions selling its junk to Lehman actually got to testify against him. This is why Henry Paulson earmarked $60+ billion of TARP money to AIG just so it could pay its debt obligation to his alma mater, Goldman Sachs.

You didn’t get to vote on any of that.

So the real issue is, when will the “crowd” get to penetrate those sacred enclaves of government?

This is part of a Social Contract drawn up before there was mass media, let alone the Internet. Smart politicians who know how to work this system know this is where democracy can be sidestepped. It is part of what allowed politicians like Nancy Pelosi to make a fortune through legalized insider trading.

So, if Aaron is to count and you are willing to confront real power, this is where it starts. You petition every government agency to be exposed, open to public review and approval.

Think of what happened when the Journal News published the names and addresses of every gun owner in the lower Hudson Valley. Now imagine what would happen if the public got to vote on the prosecutorial discretion of the DOJ?  Or that the function and decisions along with the salary and performance of government officials were part of the public feedback loop?

That would just be the beginning and it would make Occupy Wall Street look like a picnic. It would also be a fitting response to the sad demise of this pioneer.

If Aaron Swartz is a martyr - it is to Government 2.0.

Why we need to rethink our fears of Crowdfunding. 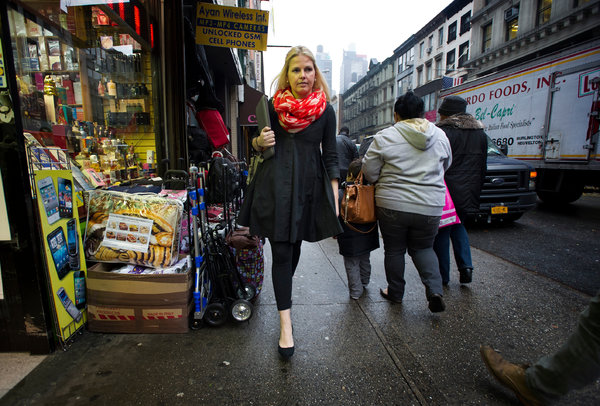 Yet it exists – quite successfully, apparently – in Europe.

The problem is culture clash – regulators can’t imagine a crowd regulating itself.

They are not alone. Having sat on a panel with certain VCs I have found that some influential investors - including one facing a lawsuit for allegedly stealing an entrepreneur’s business plan – feel exactly the same way.

Yet none of these players have any idea how hard it is to get money out of the public when you don’t have the implied endorsement of a major brokerage house. So entrepreneurs have to go a long way to prove their bona fides, which is part of what makes them honest. Also, the amounts of money are laughably small – around $2,000. Besides which, people who invest in crowdfunding aren’t looking to make a killing so much as they are looking to be part of something they identify with. It’s a very different mentality. If on the other hand, they do want to make a killing they will be forced to diversify across deals, which is not a bad thing either.

The SEC and the public should be more concerned about the return of implied endorsements that organizations like Fannie Mae or Moodies gave the mortgage industry that sank our entire economy. Or the $500 million of worthless stock Goldman Sachs for which sold the Dragon Systems (and now, arguably the basis of Siri). And let’s not get started on the amazing rip-off of the Mutual Fund and 401K system where you are being handcuffed on investing and hammered with fees.

Clearly, there will be problems with equity crowdfunding but far fewer and far less devastating than they think.

Unfortunately, these are bureaucrats and they probably don’t “get it” at the core. Also, there is regulators bias against the small and the relatively helpless. They tend to respect giants and lash out against the small. We all know that none of the scammers who undermined the economy ever went to jail. But as someone who sat on one the very few Federal juries for mortgage crime – I can tell you it was the little guy who “stole” $18,000 that got convicted while the bank that was clearly in cahoots and ripped off millions got to testify against him as if they had been victimized.

As much as I hate to see another bureaucracy emerge, Crowdfunding needs to be regulated by a new breed of or not at all for the same reason that Clayton Christensen wrote the “Innovator’s Dilemma”: you have to be willing to kill your own in order to innovate.

Bureaucrats don’t do that and so we need something that does.

Posted by Startupalooza at 9:51 AM 2 comments: