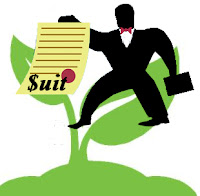 Read the NY Times Can GMO Tech Save the Orange? and compare.
Posted by Startupalooza at 11:01 AM No comments:

Napoleon said that an army marches on its stomach. How about startups? Or even Technology?

In a strange way they do and if you were at the Fancy Foods show, the bi-annual specialty foods festival at the Javits last week, you would see world business trends expressed in the food forward concoctions.

Health, in the gourmet world today, is all about allergy avoidance, gluten-free, non-GMO, heirloom style goodies. Global mashups are key – especially Asian spices – and everywhere there is a search for authenticity.

The good news is that acai berries, yerba matte, cambogia garcinia were barely in evidene suggesting that our spam filters will be spared a new miracle health food onslaught.

You would know that world food producers are grouping around signature dishes – hoping to use the claims of terroir to define their emerging markets.

In the US, Indian food has arrived in the form of Chicken Tikka Marsala which was in evidence everywhere. Some of it was too sweet, some too sour but everywhere Indian food was served, including American food company knock offs, this is the signature Indian combo: Tandoori BBQ, combined with mild sweet curry and yoghurt. Can we expect a Weber tandoori grill, a line of marinading yogurts and sweet curry simmers next to Heinz gravies someday soon? Thai flavors continue their onslaught as they show up everywhere. The public’s love for spicy
peanut sauces have not gone unnoticed in Virginia where their addictively crunchy peanuts have long graduated from plain to all kinds of spicy combos. Even Africa, which does not show up much at gourmet food shows (remember Pepadews?), found its way in with a classic West African peanut sauce by Kitchens of Africa. Perhaps the spicy peanut sauce craze will open a new door on African cuisine.

The other spices of the day are ginger and the new star, cardomum which showed up everywhere from chai teas to ice cream and chocolate.

The Food show is organized with big brands and national pavilions upstairs and independents and startups mostly downstairs. When countries organize, the smarter ones, like Peru or Spain, try to establish their terroir. The Peru Pavilion, showed its international quality standards but focused on their role a sourcing alternative for known foods like peppers and salsas. No one tried to convince you to drink chibcha or eat beef heart and guinea pig. A little ceviche would have gone a long way - but that probably doesn’t travel.

Spain organized around jamon iberica, the $150-a-pound ham cured from acorn-eating wild black pigs that had been banned here until a few years ago. Everywhere were entire pork legs attached to silver stirrups with an authentic hoof poking out as an expert carver shaved slivers of this heavenly ham.

What better way to sell Spain than with an authentic ham product rather than one more cheese or olive oil? And once the public gets a taste for the ham, they become more interested in Spanish olive oil. Or tapas.

Italy is still the home of pasta, award-winning sopressatos, and everything pesto. Even the Argentinians have given up on describing parsley chimuchirri as anything other than a kind of gaucho pesto. Even so, European foods tend to be receding behind this barrage of spices and global mashups. In the show’s Sofi award-winning foods the top picks invariably had – wherever possible – a spicy winner or finalist. Chile, chipotle, cardomum, curry, ginger, habanero - you pick.

Even regular spices and foods need a true home. Vanilla has to be Madagascan, black beans have to be Cuban and yogurt now has to be Greek. Coming next – Russian Kefirs and regular cheeses made from something other than a cow to signal better flavor or higher snobbishness. But if you ask me, the best cheeses are still the soft, smelly expensive French cheeses. They can melt a hard heart……. And the British, through Somerdale, have finally figured out how to make a real cheddar that appeals to Americans – and yes it has many spicy mashups but somehow the finish remains creamy and smooth.

When it comes to American gourmet foods – judging by the lines, the key is comfort foods with global flavors and spices. People flocked for Macs and cheese, barbecues and pastas - but they all had a twist. Mac and Cheese had chipotle, porcini or goat cheese. BBQ had habanero, artisinal honey or best of all, bourbon. So did the best cakes. Yum. Pizzas need lobster or pesto and pancetta. Expect more of these hybrid flavors to show up at MacDonalds……oops, they already have!

As for terroir, the South still claims BBQ, N’Awleans gumbo and all things Cajun, but what can you say about Jersey? And Maryland want to be known for more than crabs as they go after clam chowder via sub-regions like Chincoteague, the island area famous for its wild horses by the sea. California vies to be our Mediterranean homeland, olives, cheeses, nuts but nothing exotically new. Imagine that, a maturing California no longer home of the new!

That brings us back to the bigger picture for startups. World supply chains are fully functioning. Countries with food or source specialties can easily supply our hungry market. So Turkey, Mexico and Peru offer to supply commodities – or where they can with their own specialties. So real Turkish finally comes with a chocolate coating, every tequila or mezcal has a cool-looking bottle and Peru’s Pavilion looks as corporate as a division of Kraft Foods.

As countries and regions claim authentic terroirs many are happy to settle for products that become legitimizing ingredients for other new unknowns. So, if you have a new cookie, it pays to advertise that it has Madagascar vanilla, or perhaps a touch of smoky mezcal flavoring from Oaxaca. Pizza isn’t regular pizza anymore if it has jamon iberica or at least, Italian pancetta. If you have a new chocolate – and there were many – you need to source your beans from the mountains of Peru. Even New York city has its own sensation, improved ketchup and mayonnaise by Sir Kensington in
Chelsea that looks British but claims non-colonial spices and flavorings. Only a hip New Yorker would think of agave nectar, and vine ripened pear tomatoes for their “dipping ketchup” and cage-free non-GMO eggs with mustard from Dijon for their high-end
mayo. 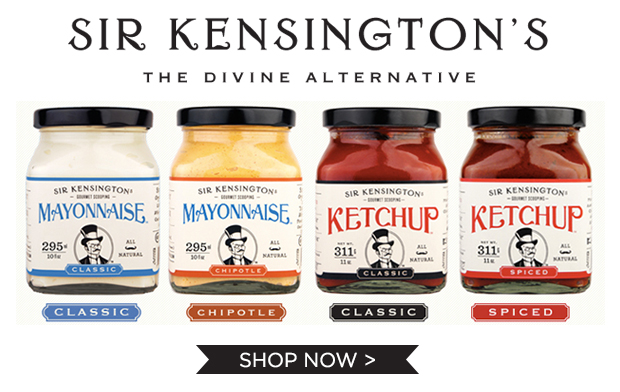 Food breakthroughs were few, the mood was much more about worldwide quality demonstrations and global flavor pairings.

If you had to draw the connection between foods and startup innovation you might argue that the market is signaling a return to core, useful products that show a global or territory-specific dimension. Our appetite for the “all-new!” is muted while our desire for comfortable diversity appears to be the flavor of the day.

Posted by Startupalooza at 8:32 AM No comments: