"Are You Fundable?" Live Presentation (Video)

"Are You Fundable?" Slideshow

Slides from the first public presentation of Are You Fundable? are now available.

Are You Fundable? from Alan Brody

What makes a Startup fundable? How to crack the Investors code and launch a billion dollar company.

• What are Investors secretly looking for? • Who gets money the most? • Is age a factor? • How are startups valued? What's an Idea worth? • How do you become fundable?

Are You Fundable? - First Public Presentation Gets Rave Reviews

by Danielle Brody
Is your business fundable? Three panelists with diverse experience with startups and investing gave advice to help entrepreneurs answer this question at the Entrepreneur Small & Business Forum event on October 17. The panelists included Alan Brody, of events company Startupalooza, Alessandro Piol of AlphaPrime Investors and Tom Wisniewski of RosePaul Ventures.

First Alan Brody talked about the investor code from his new book Are You Fundable. Brody explained his hierarchy of who gets funded the most.

1. Serial entrepreneurs: This is a rare person in the startup world. Serial entrepreneurs have a track record. They’ve already started 1 or more successful companies and won’t have a hard time getting funded. One example, is Steve Jobs. When his company NeXT was on the verge of bankruptcy, he met Ross Perot at an event, they hit it off, and Perot offered him $20 million.


2. Pedigreed: This person has 5+ years expertise in their startup’s industry. They know it well, they have a product, customers and a growth market.
Story continued here.
Posted by Startupalooza at 12:38 PM No comments:

Report from the Event


Triberr, a brand influencer startup with high-profile clients, won the top prize at Startupalooza on October 15. The monthly event, hosted at Hive55 by CEO Alan Brody, brings investors and entrepreneurs together for quick trade-show style pitching that culminates in a pitch-off between the top startups. The winner receives an invitation worth $1,500 to a Private Equity Forum event.

Scores from the Event

The judges were impressed with the high quality of pitches.
As a result, we had a very tightly contested finish with 3 finalists and 3 runners-up in the final shoot-out. 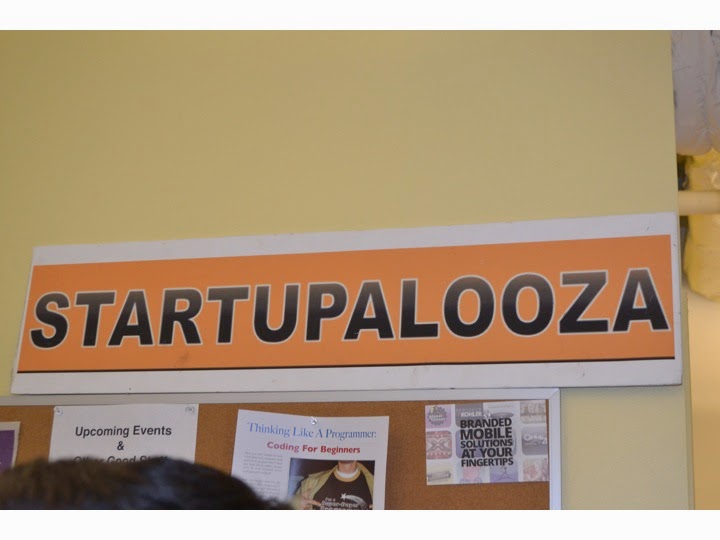 InsightMedi Secure private sharing of medical photography and visual data.
The Winner was Triberr - spokesperson community manager.
Congratulations to Dino Dogan of Triberr who earns an appearance at the next Private Equity Forum at the Yale Club.
We hope you will be joining us again.
Our next Startupalooza is on Nov. 11 at WeWork at 28th & Park. 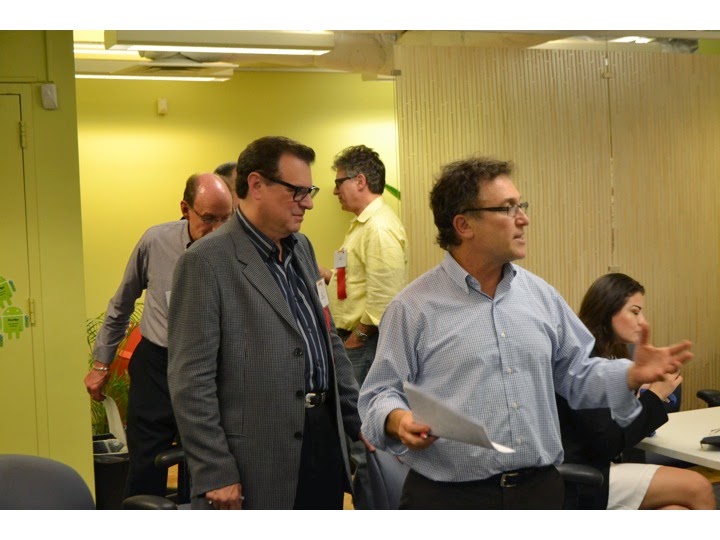 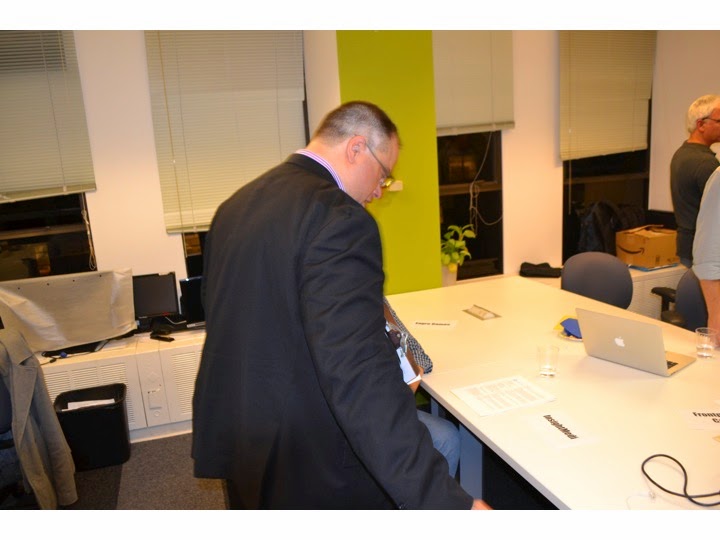 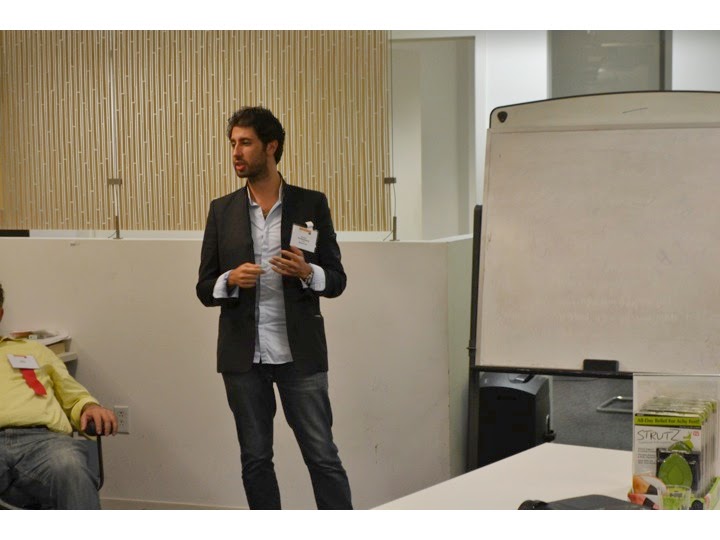 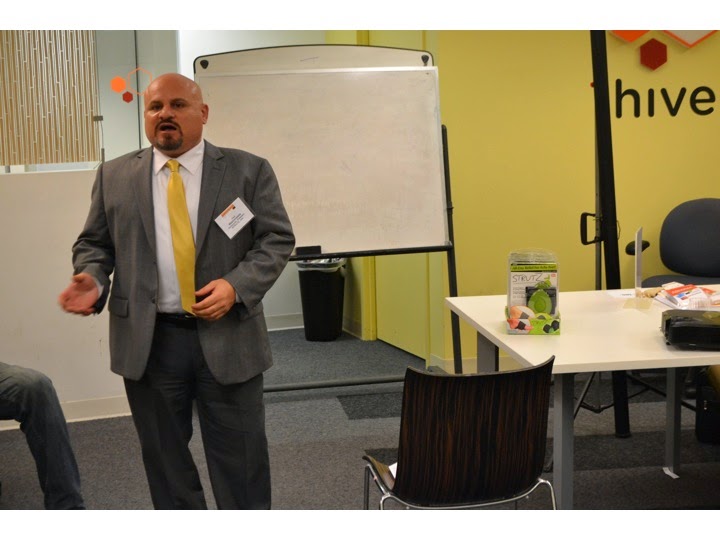 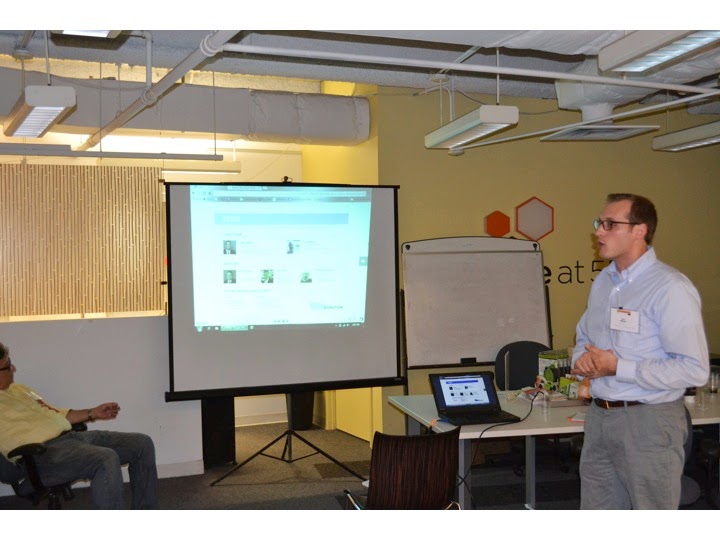 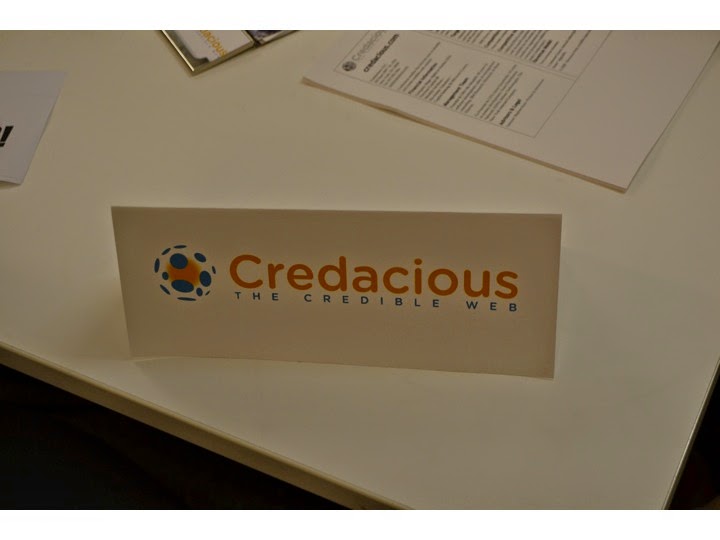 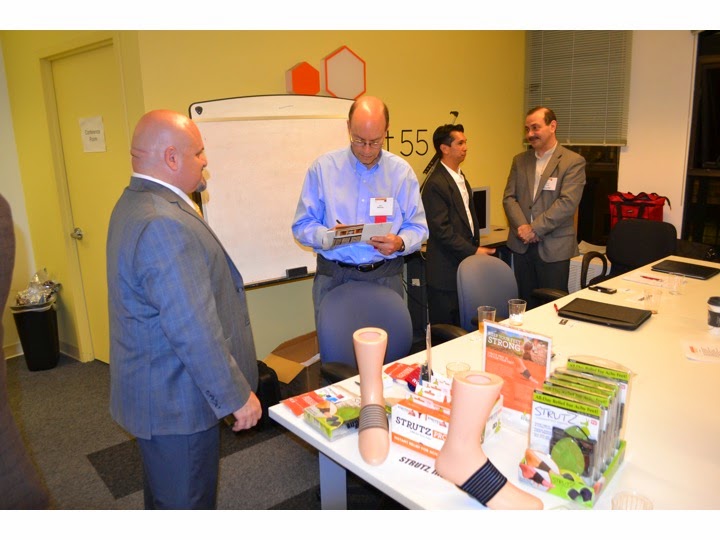 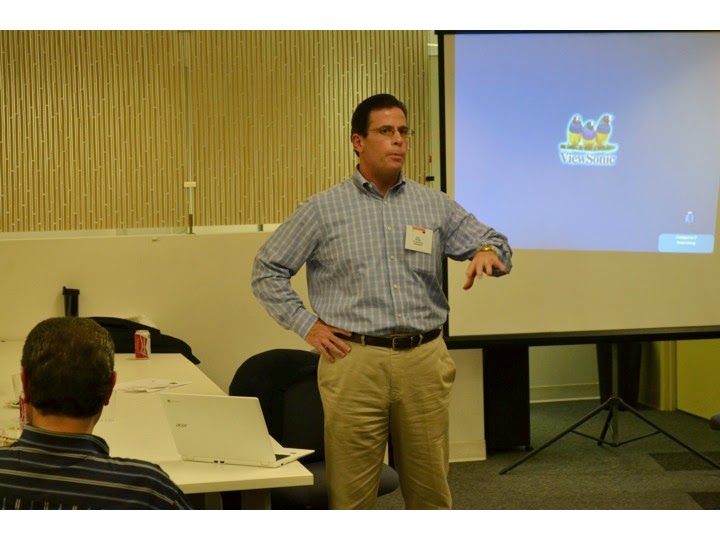 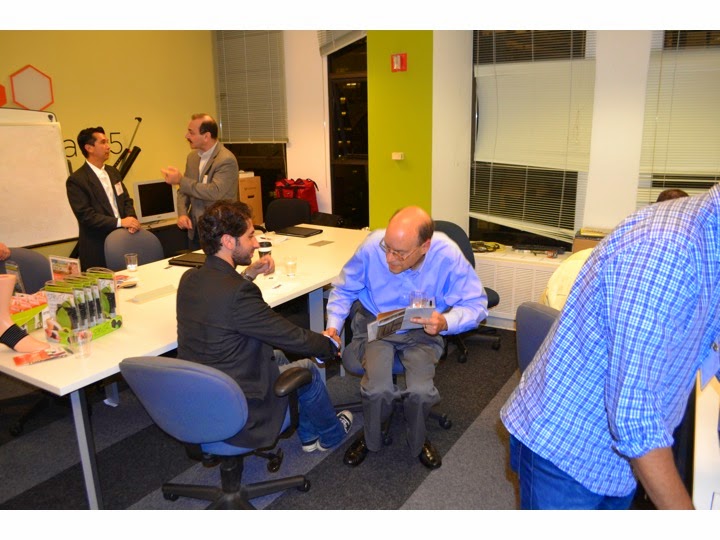 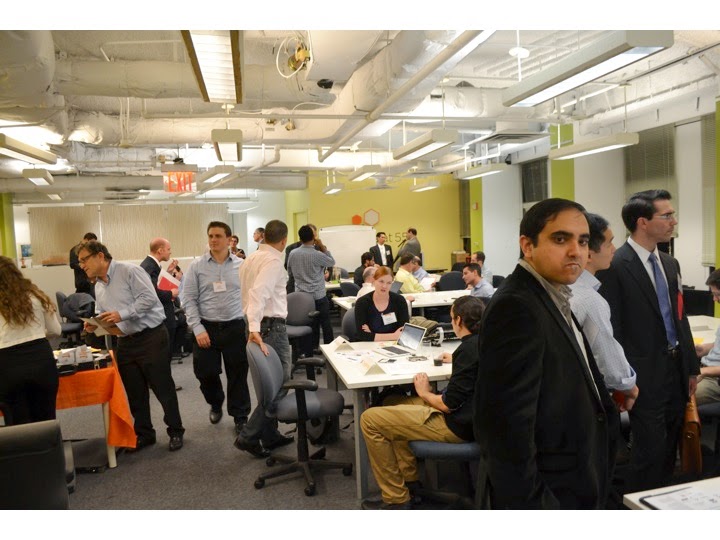 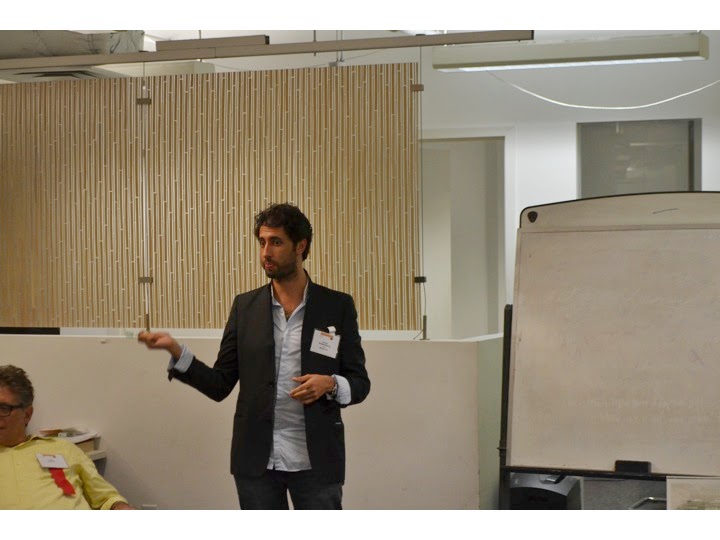 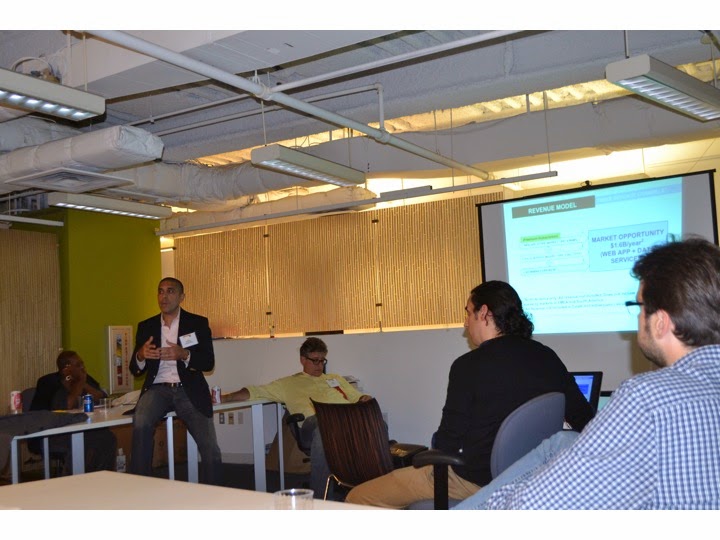 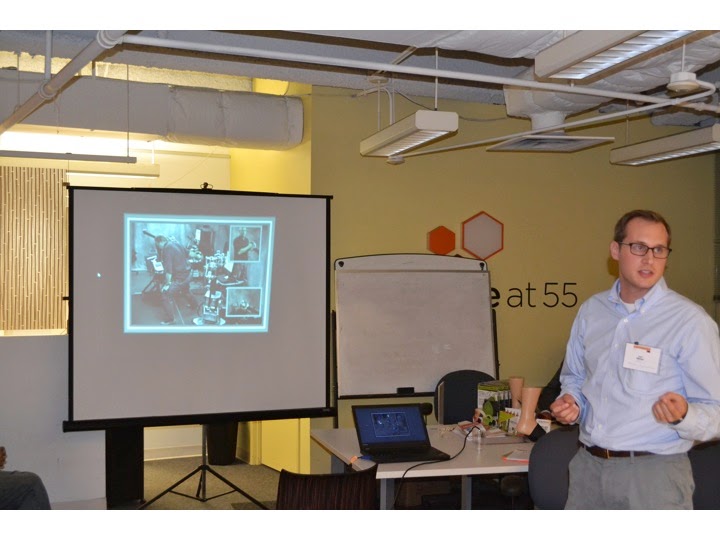 Posted by Startupalooza at 12:32 PM No comments:

Danielle Brody Debuts on iBreakfast - The Lessons from Peter Thiel

Dear Reader - it is with pride and delight that I introduce me daughter, Danielle, the journalist and graduate of U. Delaware (the home of Joe Biden and tangentially, Bob Marley....!) who is now covering the digital media and Startup scene.

Danielle's first post on Peter Thiel's speech at Columbia and a review of his book Zero to One have made quite a stir!

When the man behind PayPal and Facebook talks, we listen

Peter Thiel, the co-founder of PayPal, spoke in conjunction with the release of his new book Zero to One last week at Columbia University. As an investor and entrepreneur, Thiel based the book on a course he taught at his alma mater, Stanford. Lucky for us, he pretty much gave the Cliff Notes of his book, which came out in the middle of September. But we suggest you read it anyway (we don’t want to hear any of those excuses about how you couldn’t “find the book” or the bookstore “didn’t have it yet.” We’re past that now.)
While not for everyone, Thiel calls himself “contrarian,” peeking into his libertarian ideals to tell you a lot about the way investors think.
For now, here are some takeaways from his recent talk at Columbia, in a list format. (It’s also free with no ads, which CliffsNotes doesn’t even offer.)
1. If you didn’t create Google, you aren’t going to
“I think that all the sort of ‘great moments’ ......continued here.

For a full report of Peter Thiel's speech at Columbia - her sample. (Go to Danielle's blog for more!)
Peter Thiel Discusses Zero to One at Columbia
Hours after PayPal co-founder Peter Thiel provocatively proclaimed Twitter to be “run by potheads,” he kicked off the release of his new book at Columbia University. The entrepreneur, investor and author shared his “contrarian” ideas from Zero to One: Notes on Startups, or How to Build the Future on Wednesday, Sept. 19.
“Tell me something that’s true that almost nobody agrees with you on,” is one of Thiel’s favorite interview questions, he said, hinting at his innovative yet unconventional opinions and affinity for nonconformity.
Click for more more
[Originally written for Office Lease Center's blog]