Start-Ups and Execs – A Match Made in Heaven? Event with Columbia Business Club

[Report from the Columbia Business School Alumni Club event at Duane Morris, LLP moderated and co-produced by Alan Brody of iBreakfast/iEvening.]
Speakers:
Chris Fralic, Partner, First Round Capital
Tom Bennett, co-founder, Pond5.com
Tommaso Trionfi of Lusyte
David Blumenstein, The Hatchery
In this challenged economy it would seem the obvious place for jobs growth is with Start-Ups. For an executives of a certain age and status, and for Start-Ups struggling to find their way, it would seem like a good match – good for the economy and job creation too.

As it turns out, it’s not that easy.

Start-Ups have long offered execs the opportunity to be on their advisory committees, but this is usually for stock and almost never for cash. Often, this appears to be for window dressing or networking - their advice not actually needed.

That changes when the execs are considered instrumental in raising money or are believed to have the “golden rolodex” for sales or business contacts. So, in the Start-Up world where advice is not that sought after, capital is key and payments are hardly made, why bother?

As it turns out, for execs who make the right relationships early, Start-Ups that succeed can scale quickly, according to Chris Fralic, a Partner at First Round Capital, whose largest portfolio company grew to 600 employees in less than 4 years.

According to Tommaso Trionfi of Lusyte, who helped a flailing Start-Up that had just 2 months of capital left raise $900,000, it took a modest investment and a restructuring of the company. Then the Start-Up went back to the same investors they had already approached and were able to raise an eye-popping amount for this economy.

One of the reasons expertise is less valued than plain cash is the relationships have to work – the chemistry can’t be piped in. With Tom Bennett, co-founder of Pond5, a start-up that got funding through the iBreakfast/iEvening Entrepreneur program, he worked with an experienced executive in the video business that first came on in an advisory capacity. Over time, the relationship thrived and Bennett went on to bring him on board as COO.

David Blumenstein of the Hatchery, which searches for deals among many Start-Ups, the issue is one of readiness for the entrepreneurial world. There is no support staff, you wear many hats and there is no 9-5. For many execs coming from the big corporation world, there is a step-down, re-education process.

Nevertheless, as start-ups grow, they need to get experienced executives on board. Either they choose for themselves, says Triomfi or the VCs will do it for them later. At least if they make the choice, they can find out if the chemistry works while the VCs may impose someone on them they don’t really like.

The VC view, according to Fralic, whose company is considered a “Superangel” - investing up to around $500,000 per deal - these issues are viewed on a case by case basis. Often, they prefer executives who grow within the company, where the chemistry is better and the cost of hiring may well be cheaper. But in any case, the re-education process has a few steps – some on the inside. Some on the outside.

Execs need to think small, be savvy and innovative. They can’t expect the same pay and have to take equity. Even advisors cannot expect the fat corporate fees. If they once got $350 an hour they will have to accept $50 and $75 and consider the rest an investment in the future of the company or their relationship with the VC. They will have to live, act and think cheap. Expense accounts barely apply and the work hours are not family friendly. The start- up will probably change course several times as it seeks its true market.

Finally, there is the issue of outward appearance. Experienced execs know they have to reinvent themselves for the new, fast-moving media and technology business world which is vastly different from the same world just 3 years ago. That can be daunting but, if done well, their experience still counts for a lot – for example, the former Polaroid exec who tells a Facebook photobook start-up what decades old research says about their true marketplace, and is right. Bbut they have to learn Facebook, Twitter, FourSquare, iPhones, iPads. More importantly, they need to start flashing around these totems of the new workplace or they won’t even be considered.

Report from Job Generation II - May 2010 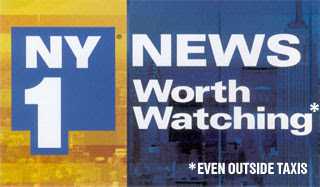 [Job Generation is covered again on NY1.]
Job Generation II unfolded yesterday at Herrick, Feinstein, LLP on Park Ave. Now with a revised format and your host Alan Brody, back at the helm, this event moved at a quick pace showcasing new business ideas and interesting executive crossfire.
Job Gen is where Executives have the chance pitch Entrepreneurs with their ability to manage, rethink, grow, finance or otherwise get a Start-Up off the ground.
There is always a VC in residence - in this case Will Porteous of RRE Ventures - and a couple of sidekicks, Graham Lawlor, Founder of Ultralight Startups and Paul Borgese, a digital strategist with Associated Press.
This new format moves quickly with entrepreneurs not only being able to tell their story to the investment community but also to find out what a brain trust of savvy execs would make of their enterprises. For most of them it was invaluable advice.
How many Start-Ups understand the true value of their company? How many know how to position it or who to sell their services or products to. Our savvy group weighed in with enough good insight to improve their chances of growing their businesses and raising capital.
We began with a quick story from Tommaso Trionfi of Lusyte who helped a social media start-up, running out of money, to raise what today is an unheard of amount of money - close to $1 million - simply by spending time with them and reshaping their business plan.
On that note we moved into our presenters:
Bahar Gidwani of CSRhub.com was advised to become a kind of Moodies of socially responsible companies and consider bringing on a famous spokesperson in lieu of or as a way to raise money.
Paul Orlando of chatfe.com, a voice chat system, was advised to take the enterprise route - selling it to companies that need to call up for internal advice between employees.
Autoslash’s Jonathan Weinberg, a discount car rental booking service was advised to find a travel partner.
Dora Tarver’s e-projectmanager.com ran into some crossfire from execs who saw her as competing with the giant Project Manger’s Institute. But execs in the audience saw a difference picture and were encouraged by her 16,000 project manager subscribers worldwide. Adding a social media angle seemed like an obvious and potentially lucrative route.
ConeXus’s Hunter Cohen, a kind of behavioral targeting method by tracking social media relationships, was advised to find a media partner - no small task.
The executives on the panel voted the Most Valuable Players were:
Dan Cohen, as Chief Executive Officer, clearthink.com
Laura McCann Ramsey, as Chief Marketing Officer. Wsywygllc.com
Other participants included: Bill Reinisch, XIV River; Martha Lorini, Bill Simon and Paul Wegener, waveberg.com

Posted by Startupalooza at 2:44 PM No comments: