Bustripping - one of the 4 finalists at last week's Startupalooza is featured in the current Crain's Business Magazine.

A previous winner, CreativeWorx was featured in Forbes.

Startupalooza has emerged as the leading mediacentric event for startups where every plan is rated in detail by VCs so the entrepreneurs can learn how to improve their Fundability options.

Here are the results of the past Startupalooza at Mercy College in NYC.

The Finalists were:
Bustripping - "Kayak" for city-to-city bus riders
Studio7 - a music enabling technology and training for the disabled
WhisperShout - an app for telling stories with video

Posted by Startupalooza at 3:11 PM No comments:

Visual Daily: The PRISM Spying explained in a graphic

How concerned are we about digital snooping?
Posted by Startupalooza at 3:35 PM No comments:

Visual Daily: How to understand Bitcoin Mining in a graphic.

Is it time to learn more about Bitcoin?

Here's the summary in an infographic.

Should we have an iBreakfast meeting about it?

What do you think?

Posted by Startupalooza at 3:28 PM No comments:

Would you like to have savvy colleagues tear apart your marketing problems and deliver more new ideas in an hour than you are likely to see in a year?

Here is a report:

What's in a Marketers Mastermind?

While the point of the Marketer's Mastermind event is to tap the collective wisdom of the group as directed by myself and my associate, Mayra Ceja of TigerCub Advisors, we never know where exactly where this will take us.

After the event, however, we get the pulse of our industry. And yes, we are looking for a new name!

What we are seeing generally is the shallow adaptation of marketers to Social Media - at a time when the entire marketplace has embraced its value. In other words, they are doing it but without the conviction necessary to qualify for that all-important distinction: authentic.

Case #1: Production company in the non-profit world needs to separate themselves from the competition. Known to the industry as good but have not had the benefit of a breakthrough product.

Solution:
1. Set up and promote a blog that critiques non-profit campaigns fairly and honestly and with deep industry insight.
2. Add technical solutions that would have driven down cost or done more with less. (Without giving away all the secrets, of course.)

Case #2:
Blog aggregation company faces resistant or slow-moving from corporate clients after delivering time-sensitive proposals to corporate prospects who could use them for marketing campaigns. Despite long-term corporate PR background and many connections, door is open and never closes but nor do the deals - despite excellent analytics and well-crafted proposals. Also, a disinterest in industry meetings. What is wrong?

Solution
1: Walk the walk. Move from being the representative of bloggers to being one too.

2. Pull instead of push: Use the power of the bloggers to execute showcase programs instead of waiting for approvals. Let clients discover them.

Case #3:
Company seeks to expand to the outer boroughs but cannot gauge the true character of these markets.

Solutions: Attendees share inside knowledge of these locales wither from being based theri or having spent time there.

Case #4
How to write proposals that do not also turn out to be spec sheets that prospects can use for shopping expeditions after wasting developer's time.

Solution:
Since this is an age-old problem that will never be fully remedied, the answer lies in giving a fairly generic solution while holding out the deeper analysis proposal only upon a retainer or fee against credit on the business.

As always, when we do these highly interactive events, our participants have a hard time leaving. That is the power of tapping your peers for specialized advice.

Our question to you:
We need a better way to describe what these sessions are really about and how they could be improved. Also - should they be a webcast - something we can easily do from our new studios in White Plains or shred space in NYC? 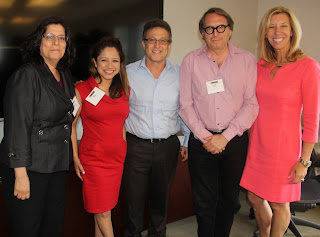 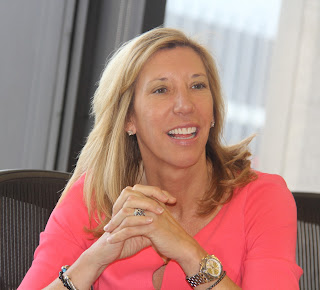 Using your Customer Base to Grow (The Podcast)

Jerry Schwartz of Middleberg Communications, Ivy Eisenberg of Idea Right and Julie Trelstad of Julie Ink join us to talk about the techniques marketers use to grow their businesses from their customer bases: from research to referrals, the hows, the do's and the don'ts.

Posted by Startupalooza at 10:33 PM No comments:

You’re probably hearing a lot about Monsanto these days. Not just the nice words Bill Gates has had to say about them boosting food production. It is all the negative imagery of marching farmers and nasty blowback about GMO’s - genetically modified foods.

The really interesting story – the one you almost certainly haven’t heard – is that Monsanto created a dominant position in onetime commodity seed marketplace by tapping virality - but at the eventual cost of turning the public against them.

Is this a warning lesson for an old world company stepping into a marketplace that can fight back through Social Media?

Monsanto is one of the first companies to patent a genetically modified soybean with an additional gene that made it resistant to their best-selling weedkiller, Roundup. That meant a farmer using their genetically modified soybeans could safely cropdust his field with the very effective Roundup that killed all the weeds and none of their crop, which it would do with heirloom soybeans.

Having worked on a farm I know that farmers are not generally opposed to GMO’s or weedkillers. They know that nature mutates all the time and is constantly sending organisms intent on destroying their crops. But now many of them are – thanks to Monsanto taking viral marketing the wrong way.

Anyone who has read Crossing the Chasm, the classic on introducing a new product to the marketplace, knows that it is based on the model of seed distribution in the 19th Century. It is really hard to get farmers to adopt new seed because of the risk and commitment it takes. So initially, only farmers with real problems or nothing to lose would adopt a new seed. Once the crop succeeded, other slightly larger farmers would catch on while the established middle ground of farmers would be the hardest to enlist.

Monsanto already had the best-selling weedkiller, Roundup to leverage and so they were able jump several chasms and get to very well established farmers who were already their users.

But in order to dominate the market they did a kind of reverse viral marketing. Since the one thing plants do is spread their seed, it wasn’t long before neighboring farmers were sprouting Monsanto GMO seeds. Instead of acting like Tony Hsieh at Zappos or Gary V of the “Thank You Economy” and using the experience as a kind of sampling mechanism, they sued the farmers that were cultivating their seed claiming patent infringement and in several instances won ownership of their crops.

They went after so-called seed cleaners, people who had helped farmers for generation recover seeds from their own crops. Since Monsanto’s customers signed a single use agreement when buying the seed – thereby turning them in to subscription customers – they treated the seed cleaners as pirates.

There are many complications here and subsidiary arguments such as whether patent law was ever intended to apply to living organisms. More importantly, there is debate over and whether patent law which is all about creating innovation and novelty could applied so coercively to an act of nature – the biologically necessity to spread seed. From Monsanto’s point of view they were all pirates and so far despite all the outcry and the hundreds of thousands of farmers who use their product, there have less that 200 lawsuits.

While there may well have been pirating and numerous attempts by farmers to test Monsanto, the reality is that most cases were settled because of the sheer weight of their legal department. Most importantly, there is no sign of Monsanto acting to remediate the stray spreading of seed. In other words if you believe GMO’s were bad and didn’t want them on your property Monsanto would make no effort to remove them, so the dice was clearly loaded.

From a Social PR perspective however, it is clear that Monsanto has blundered and is reaping a whirlwind. Yes, they have profited in the billions but only at the expensive of a rising tide opposition, demonization at its most effective - as the Frankenstein of Agriculture, the maker of GMO’s.

The fact that GMO’s are probably necessary to feed a growing world has been overshadowed and in the log run, while Monsanto will probably be OK, they will spend years battling what has become an epithet. In many ways, they resemble Microsoft – essentially owning the operating system of the dominant herbicide resistant gene and then buying up distributors and forcing smaller players and biotech start-ups to pay licensing fees for the use of their gene. (See Monsanto & Competition in USA Today.)

So, how does a Midwestern giant fight the crowd? Mostly, they don’t have to because the crowd needs to be fed. But that could change. Just as the Microsoft was being sued by a for anti-trust violations by a Justice department that ran on Microsoft Windows, they are facing anti-trust investigations by people who eat the product of their seed. If enough of the public is riled up about GMO’s, as they are in Europe, they could see that litigation mushroom.

Perhaps their biggest competition may be the public itself and the ability of the Internet to spread knowledge faster than their seeds. Could a renegade seed movement develop? One example is the guerilla Fruit grafting movement in California which defied local government to bring fruit trees into city sites. Will that spread? Will there be an open seed movement? Seed hackers? A farm underground? Will the lessons of the music industry and its ultimately failed attempt to sue to MP3’s out of existence be repeated here. Will this generation breed agrohackers who will go after genetic engineering the same way - using the Internet, advanced computing, labs on a chip, 3D printing and the tools that only the big companies once had?

Posted by Startupalooza at 1:51 PM No comments: